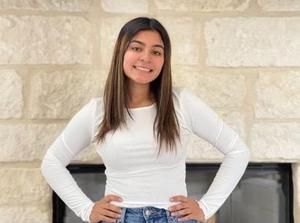 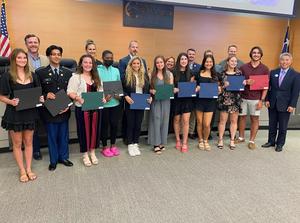 For 74 years, a select group of rising seniors from across the United States participate annually in a government leadership program which helps develop civic leadership and pride in American citizenship.

Sept. 29, 2021 - This summer, 21 students represented the Comal Independent School District in Boys State and Girls State, giving them an inside look into how the U.S. government really works. For the second year in a row, these annual leadership programs sponsored by the American Legion and the American Legion Auxiliary were virtual, but the lessons learned remained the same.

“It was a privilege to participate in the 2021 Girls State leadership program,” said Natalie Perez, a senior at Davenport High School. “The lessons I learned were invaluable. It was very interesting to break down and really learn the mechanics of Texas government. The political process helped show me that anyone can step up and try to make your city or state a better place. Bringing about change is a lot of work, but it is worth the effort.”

Understanding how individual citizens can shape city, county, state and federal governments is exactly why Boys State was founded in 1935 and Girls State began in 1947. In a six-day crash course, participants literally create their own governments. They run for office, host elections, conduct committee hearings, draft legislation, pass legislation and more.

“The ultimate highlight of Girls State was meeting all the girls in my group,” Perez said. “Although this year was virtual, I was able to make some new friends. We were all different, but we were participating in the program for similar reasons, which made it easy to get along together.”

In order, to participate, rising seniors are nominated by teachers, coaches, counselors and principals based on their academic performance in school; interpersonal, leadership and oratorical skills; and their willingness to work hard and volunteer when needed.

The 2021 Boys State and Girls State participants for Comal ISD were recognized during the Board of Trustees meeting on Sept. 21. They include the following students:

-Natalie Perez, a senior at Davenport High School, was one of 21 Comal ISD students who participated in this summer’s Boys and Girls State leadership program. She was unable to attend the Comal ISD Board of Trustees meeting on Sept. 21, when other participants were recognized.