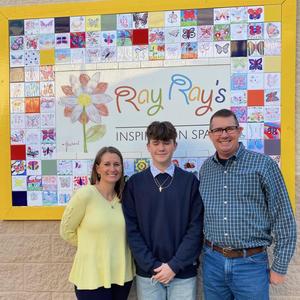 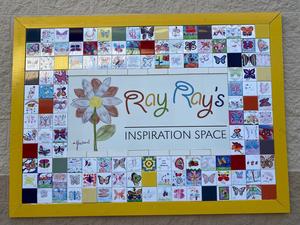 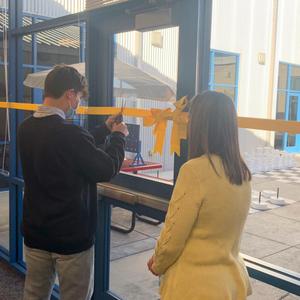 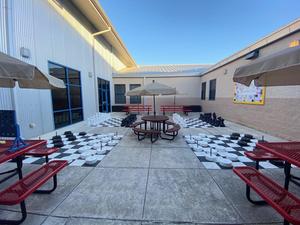 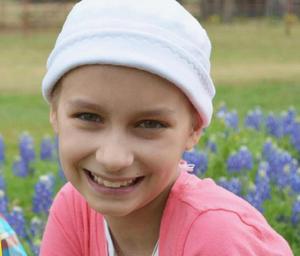 One student's legacy continues to inspire students, teachers and community members to fight for a cure for childhood cancer as well as raise awareness of the disease. Her Hero Fund through the St. Baldrick's Foundation recently hit a milestone and is truly making a difference.

Sept. 23, 2021 - Named for a Comal ISD student, the Rachael Chaffin Research Fund has raised $56,036 since its founding seven years ago. An amount sufficient to fund a $50,000 research grant to find a cure for rhabdomyosarcoma and get one step closer to making Chaffin’s wish come true.

The fund was established by Chaffin in 2014, after she was diagnosed with rhabdomyosarcoma, the summer before she was to begin the sixth grade at Spring Branch Middle School. She battled the disease for almost two years, while raising awareness and funds for the St. Baldrick’s Foundation, which she discovered gives every dollar raised to childhood cancer research.

With the help 12 friends and family members, Chaffin began the “Kicking Cancer with Ray Ray” team and raised almost $6,000 that first year and each member shaved their heads for the cause. The team picked up quite a few more members the following year and planned a larger event in March 2015 at SBMS where 20 people shaved their heads including the school’s principal.

Chaffin, who would be 19, passed away in April of 2015, but her legacy continues to inspire, raise awareness and make a difference. She didn’t want to see any more children diagnosed with cancer, and the research team at Vanderbilt-Ingram Cancer Center in Tennessee which received the grant from her St. Baldrick’s Foundation “Hero Fund,” is working to make her wish a reality. The team keeps a photo of her in their lab as a reminder, and Arlon Seay Elementary, where she attended school, dedicated an outdoor space in her memory last year.

Named, “Ray Ray’s Inspiration Space,” the area is located in the school's courtyard and features giant chess boards and more to remember Chaffin's playful spirit and love for the campus.

Learn more about her story and help continue her fight to find a cure by donating to Rachael Chaffin’s Research Fund.

-Rachael Chaffin’s family was on hand in January for the ribbon-cutting ceremony of Ray Ray’s Inspiration Space at Arlon Seay Elementary. Pictured from left is the Chaffin family: Rhonda, Rachael’s mother; Ryan, her brother; and Robert, her father.